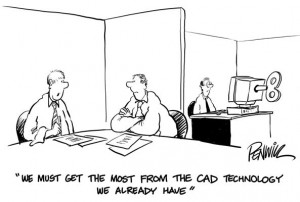 Updates to the following desktop modules are included in this file: Survey, Civil, Hydrology, GIS, Basic Mining, Geology, Underground Mining, Surface Mining, Natural Regrade, Field, CADnet, GeoTech, Trench, Construction and Point Clouds. This can be installed on AutoCAD 2007-2015 or with included Intellicad 8.0. AutoCAD 2010-2015 releases are supported on 64-bit Windows. Your Carlson 2015 Serial number is required for installation.
Carlson 2016 will be released before too long. If you’ve let your maintenance contract expire (accidentally or on purpose!), now would be a good time to get back on board. If you renew before 2016 is released, it’ll be cheaper and you’ll receive 2015 now and 2016 when it’s released. Win! Win! Win!